By now, you’ve probably read heated arguments for and against the learning pod model cropping up to fill the need created by our federal government’s botched COVID response. You know that learning pods that mirror our capitalistic drive to purchase the best for our own children could bankrupt schools and classrooms. You know that a rabid debate has formed to discuss how to help parents who desperately need a break, and maybe even to go back to work. And perhaps you’ve seen the attacks from one camp against the other as anxious parents and school administrators try to make the best choices for families from vastly different backgrounds. Well, here’s my take on the issue.

When I began teaching twelve years ago, I was a bright-eyed, energetic idealist devoted to project- based learning who believed anything was possible. In my second year teaching middle school, a colleague and I organized a poetry slam with the Flobots, a Denver based hip hop group, to raise money for an international trip. We took our learning about the Israel / Palestine conflict out of the classroom for a walk through the Middle East on Abraham’s Path, staying in homes and learning about the people living inside the conflict zones. We pulled off this crazy effort because we believed it was the best way to learn. Over the years that have passed since that time, I have watched the fire of true education erode in classrooms at every turn. My idealism has been tempered by No Child Left Behind, squashed by standardized testing, and suffocated by the adoption of privatized factory education models focused on compliance. All of these are waging a war of attrition on our children’s creativity and ingenuity. In my twelfth year of teaching, when I was pushing more test- prep screen time on my students against my own conscience, one of my most sensitive and brilliant boys turned to me and said, “I don’t know Alisha, I guess I just don’t learn very well from a robot.” I asked if he would please come with me to address Congress. And then COVID hit. And now education and screen time seem to be synonymous. My heart wilts.

So now I have to ask: what if learning pods could allow for a return to student-led learning, like the Agile Learning model, emerging to serve small groups in neighborhoods after disruptions like Superstorm Sandy, suggests? What if students were setting their own goals and facilitators were checking in to give them feedback and guidance as they became empowered as leaders of their own learning? A child remembers the trust and self efficacy built in that kind of relationship for the rest of their life. What if learning pods could be the way that we finally achieve those smaller class sizes, which studies have shown could be the single most important determining factor to impact student achievement?

Since March, an incredible thing has been happening. You may have been a part of it. While people have been suffering a well documented array of horrors, folks have been stepping up into the gap left by our country’s systems to help each other. Microsolidarity and Mutual Aid groups have popped up in most cities, founded on the idea that we all have a hand in each other’s liberation. And Black Lives Matter brought that truth into even starker reality. Without knowing how to help, I signed up for a random Zoom call with sixty like-minded individuals one evening and watched as a network of neighbors came together to feed each other, house each other, give each other rides, locate resources, and act out of the most radical compassion that I have seen in my lifetime. If you don’t believe me, go find a Facebook group called “Help Needed in Denver Metro Area COVID-19” and read the comments from strangers immediately offering help for a myriad of emergent needs. Or try to sign up to help recently released detainees through Casa De Paz, and notice that when you scroll down to put your name on the volunteer list, you have to fight to find a place to add your name because often all the listed needs are being filled by someone you don’t know who already loves someone they’ve never met who is wishing desperately to be reunited with his daughters.

Why can’t Learning Pods be the same kind of response?

Here is my challenge to you. As described by one Oakland parent who helped organize free summer schooling for 200 kids instead of letting them fall behind this summer, “Immediately, when COVID hit, you heard so many people saying like, ‘Oh my God, it’s just going to get worse for Black and brown kids,’” she says. “Well, then what are you going to do about it?”

Could COVID’s Disruption of Education Bring us Together?

Certainly, as many articles have rightly pointed out, Learning Pods could be another way that COVID and white supremacy team up to shine a light on the “savage inequalities” of our country.  And yet.  What else could they do? Some cities and districts are rising to the occasion to organize pods with a specific focus on equity. And they are doing it by weaving together the organizations and social structures that are already the backbone of our collective wealth. They are engaging politicians, families, community centers, and schools: looking for the richness and resilience to create a network of support to rise up and hold our students while the education system on a federal level continues to rupture.

So I ask myself, and I ask you:
What are you going to do about it?

As L’Heureux Lewis-McCoy is quoted as saying in the Washington Post story on Pandemic Pods,  “Most parents will act in the interest of their child and you can’t tell them not to… [I tell them] act in the interest of your child, and add some equity to it.” His actual argument via Twitter, which he writes like a brilliant treatise (I admittedly did not know those existed on Twitter), he adds: “I think the best equity work begins local, hyper local even, with the practices of one’s family and their immediate networks. Any equity work that doesn’t start at home asking the question, “who gets invited into your home? And who never steps foot inside?” is dangerous. ” So now I’m following this guy. Apparently he’s a professor at NYU and author of Inequality in the Promised Land. So don’t read this blog. Go look him up. And then let’s talk about how to do this better.

Where we are Already Failing Black and Brown Children, Especially Boys

We all know about the school to prison pipeline. If you don’t believe it’s true, consider that in 2017,  the DPS Board had to pass a resolution to “Dramatically reduce suspensions and eliminate expulsions for youngest students”  because of the gross over abundance of black and brown boys who were being suspended from the tender age of five. DPS’ own announcement of this policy quotes CEO of the Institute for Racial Equity and Excellence Rosemarie Allen, describing how, “Students of color are still three times more likely than their white peers to receive disciplinary consequences for their behavior.”

“Students of color are still three times more likely than their white peers to receive disciplinary consequences for their behavior.” 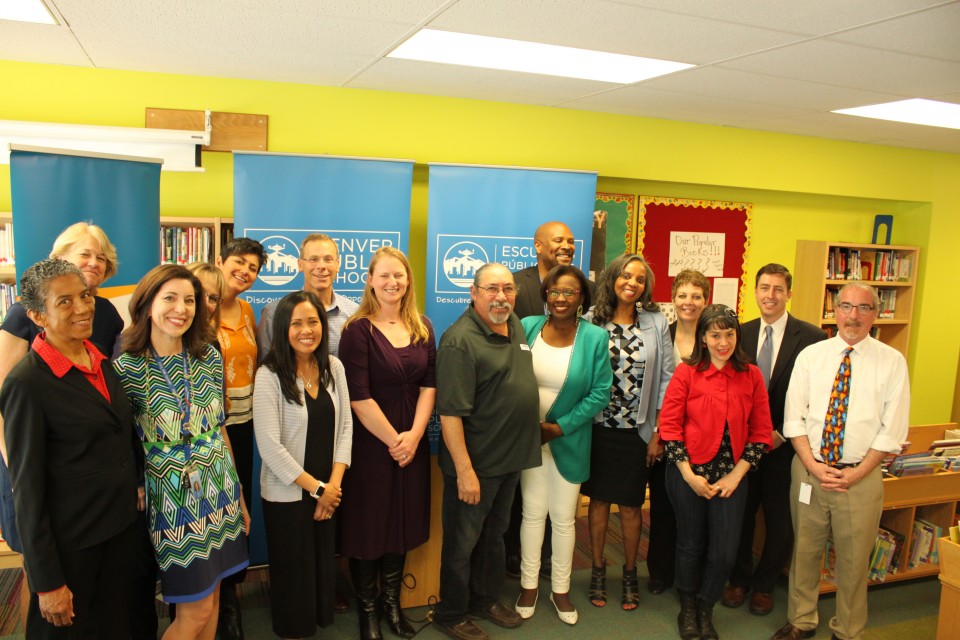 DPS Board in 2017 from Denver Public Schools

And what about the study  from the National Bureau of Economic Research Study cited in many books and articles on race and education that describes the disproportionate impact for children of color who experience alienation, depression, and demoralization when the vast majority of their teachers are white? The study finds that students who have a teacher who looks like them are 13% more likely to enroll in college, and that number more than doubles if they have more than two teachers of color.

And what about mental health? In Teaching Tolerance’s article entitled “Black Minds Matter,”  Executive Director of the National Black Justice Coalition, David Johns describes, “Kids who don’t feel safe, engaged or supported cannot show up in schools and demonstrate what they know and have learned.” The article points to the growing rates of suicide and depression amongst black school children who “suffer and are suffocated” by white schools who cannot serve their needs.

ALL of this points together make me ask: what if learning pods could be an opportunity for BIPOC children to have teachers and facilitators of learning who are sensitive to their needs, who show them dignity in a time of strife and are in thoughtful communication with their families? There is incredible power in a neighborhood pod where, for once, the teacher is a leader from a child’s own community.

I am NOT pretending that I know the answer, but here’s what I believe:

I have been a white teacher reading books and attending trainings about equity in schools for twelve years and I have seen these very savage inequalities alive in my own classroom. I’m not saying I know how to solve the problems that 400 years of white supremacy has indelibly printed into our education system. But here is what I AM saying:

If you are interested in keeping up with the learning pod response in the Front Range, please begin by filling out this survey. It takes 5 minutes and will help us inform a collective, emerging response. If that’s not your style, that’s okay, too. I could be wrong about this whole thing. But please, do ask yourself, “What am I going to do about it?”

The art for this blog post was illustrated by Holly White, from Change Here Now, a book by Adam Brock